September 4th will mark the beginning of the 11th Honor Ride. Honor Ride is an annual event that is organized by Operation One Voice. The goal of the long- distance bicycle ride is to honor a fallen service member. This year, the team will be honoring S.Sgt. Forrest Sibley.

While serving as a Combat Controller with the 21st Special Tactics Squadron, S.Sgt. Sibley was killed in action on August 26, 2005 at Camp Antonik, Afghanistan. He was at a vehicle checkpoint at a forward operating base when two individuals wearing Afghan National Defense and Security Forces opened fire on him. He was a four-time Bronze Star recipient, once with the Valor device, and he had deployed four times to sensitive locations around the world in his nearly seven years of service. Operation One Voice will be joined by service members from several special operations military branches, as well as public safety officers, to complete the 383 mile bicycle ride from the Fallen Heroes Memorial at the Gwinnett Justice Center, in Lawrenceville, GA to Miramar, FL. The 28 member cycling team will be accompanied by a police escort provided by:

Check back soon
Once posts are published, you’ll see them here.

OOV and Garneau Partner Together 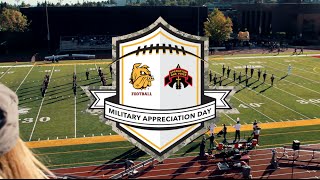 What are your benefits? How O1V can help.

OPERATION ONE VOICE: WHAT WE DO